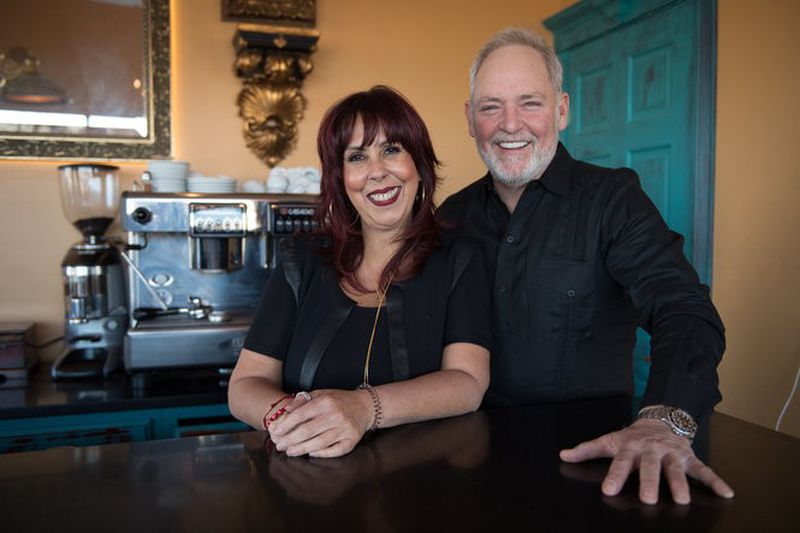 On their 38th wedding anniversary this August, Luis Perez surprised his wife — with a restaurant.

“I think I said, ‘I hate you,’” Sofia Perez replies, laughing, when I ask how she reacted to her husband’s audacity. “I almost cried.”

But Sofia has caught her breath and the bold move appears to be paying off: 1958 Cuban Cuisine opened in November on South Avenue in Westfield and blew up seemingly overnight.

Even when I visited on a rainy Wednesday, it was packed. Days later, our subsequent photoshoot was interrupted twice by folks looking for a bite, crestfallen after being told, “Sorry, we’re closed on Mondays.” 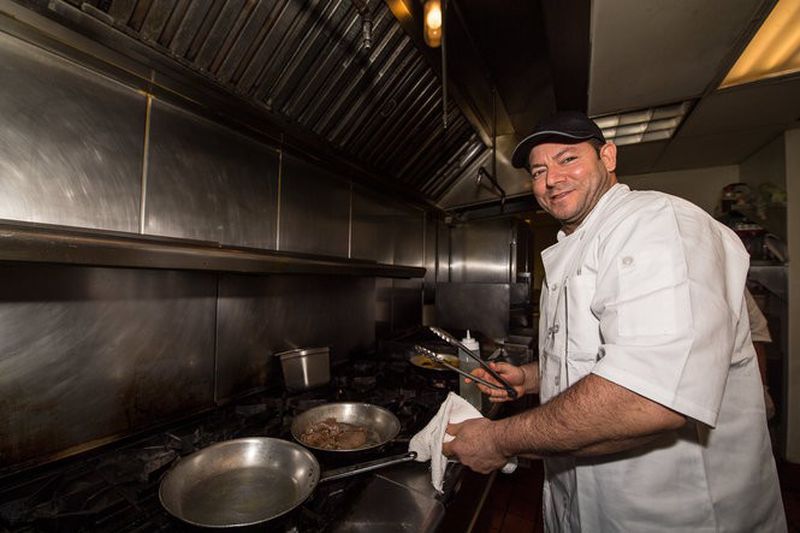 The pair found a star in their chef, Cuba native J.R. Gonzalez, who was working at another New Jersey restaurant when they consulted him for advice. Then they managed to poach him entirely.

On the ‘net, diners are raving about the food — big, unfussy portions of authentic Cuban at reasonable prices — but especially about the atmosphere, about that family restaurant feel and about the amiable, energetic Mr. Perez. 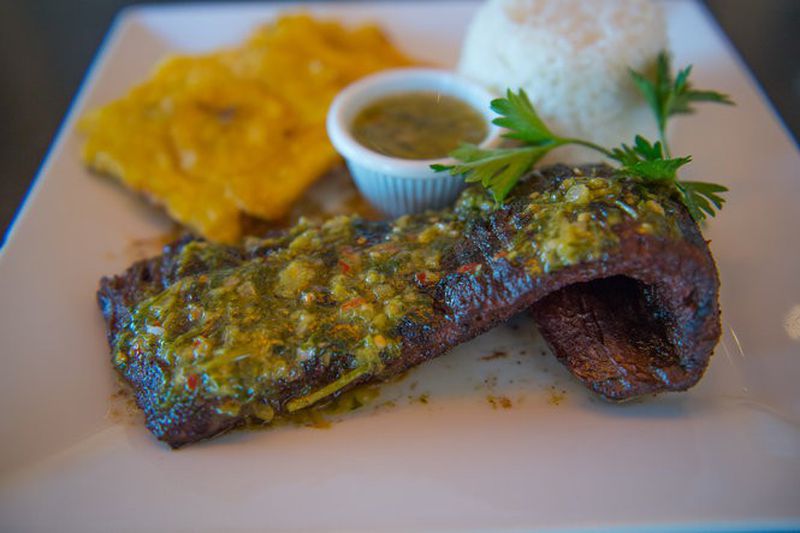 1958 serves both lunch and dinner.

– To start, try the yummy homemade empanadas (chicken or beef – $8), which had an excellent shell. Or the other favorite — the camarones al ajillo ($15) — jumbo shrimp in a white-wine garlic butter sauce.

– Ropa vieja ($20) can be tough or chewy if not cooked just right, but here it is perfectly tender and just tomato-y enough. Gonzalez uses flank steak, which isn’t the cheapest choice for beef that will be shredded, comingled with peppers and onions and soaked in sauce, but it’s the right choice and true to tradition.

– The herbaceous, garlicky homemade chimi-churri atop the 12-ounce churrasco a la Cubana ($25), a juicy skirt steak (pictured above), should be bottled and sold. And the steak was cooked perfectly. 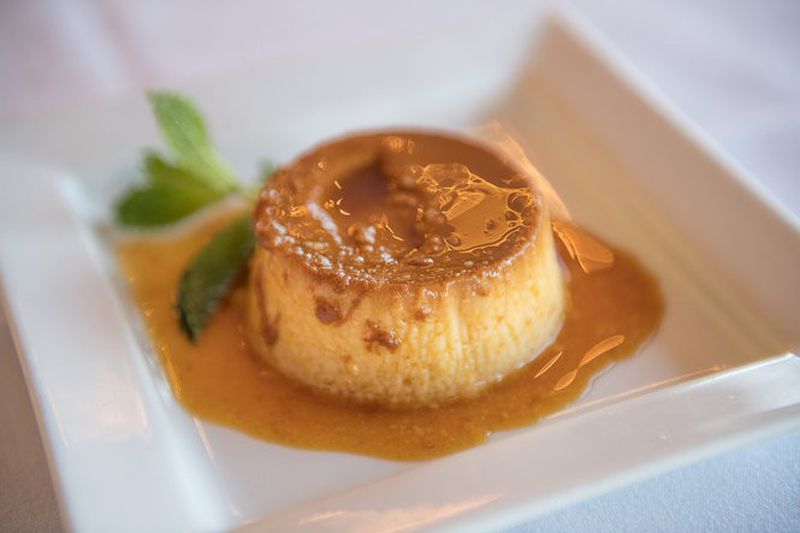 The flan that made me a fan. (Photo: Mark Brown)

– Each entrée comes with two sides, with the choices of maduros, tostones, white rice, black beans, yucca or congri. (For those new to Cuban, the menu provides explainers.) We sampled them all — the yucca (boiled cassava topped with mojo sauce) and maduros (fried ripe plaintains) were standouts.

– For dessert, you must have the flan ($7). I usually can’t stand it — too gelatinous, too sweet — but here it’s just right.

– Things I didn’t try, but have been customer favorites: the oxtail stew, the paella, the grilled salmon and the Cuban sandwich (on the lunch menu). 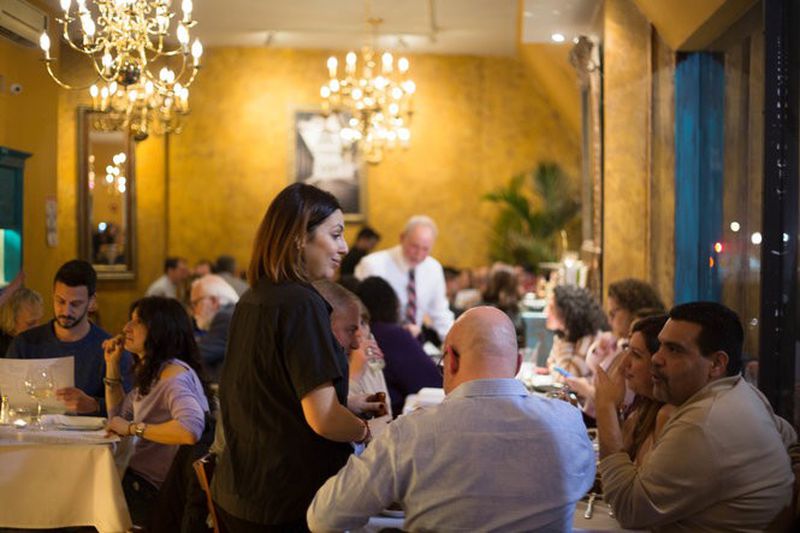 It’s homey but bustling in this small one-room space. So yes, it can be a bit noisy, but hey, this is Cuba. Our server, Luis and Sofia’s daughter Cassy, was friendly and had plenty of good suggestions about the menu. Our dishes came out promptly, despite the packed house.

And then there’s Luis. 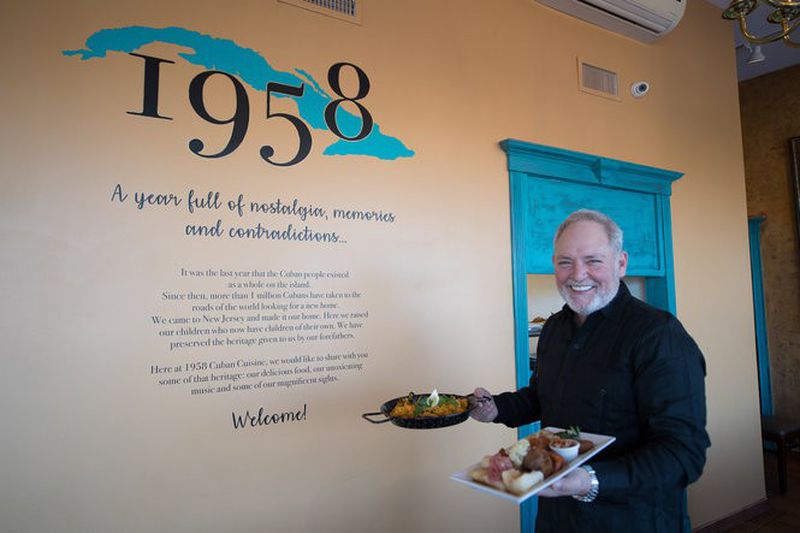 Long before he had a restaurant in which to hold court, Luis Perez was playing host at Sofia’s three well-known hair salons in the area (they’re called Sofi’s), offering snacks and drinks and conversation to customers.

Now he helps diners put on their jackets and cross busy South Avenue. He’s even run out to buy a bottle of wine for a group that didn’t plan ahead.

Within minutes of our arrival, Luis Perez had kissed me hello and pulled out my date’s chair, launching into a comedy act about how men like to be pampered, too. Talking to customers like they are old friends is just how he rolls. And here, where the entire experience echoes a big holiday dinner with your extended family, it totally works.

Peach walls with teal accents signal the tropical scene. Sofia Perez did all the decorating herself, even hand-distressing the paint on the doors twice, because, after the first time, painters came in and thought they were supposed to be painted over, she says with a sigh. She’s especially proud of the several brass chandeliers hanging from the ceilings and over the bar, all of which she bought second hand. 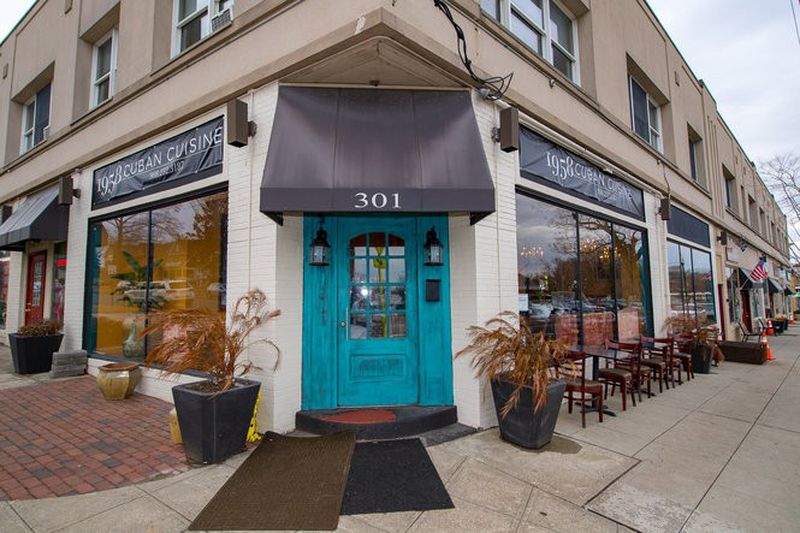 Though in tony Westfield, a dining and shopping haven, 1958 is on the less-trafficked south side of town. Here, being away from the main drag has its perks — while finding a parking spot downtown often requires prayer, 1958 faces the train station parking lot, where there are plenty of spaces, all free after 10 a.m. 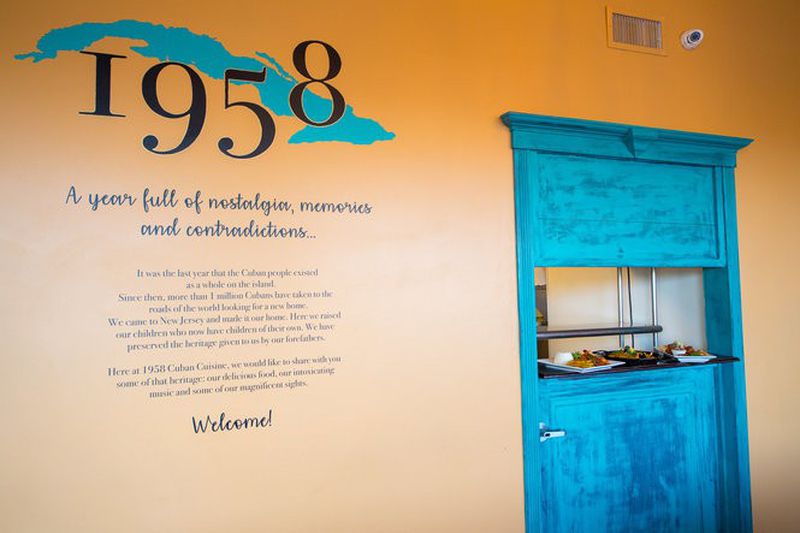 1958 celebrates both the last year of Cuba’s independence and the year Luis was born. A mural informs: “1958 — a year full of nostalgia, memories and contradictions … It was the last year that the Cuban people existed as a whole on the island. Since then, more than 1 million Cubans have taken to the roads of the world looking for a new home. We came to New Jersey and made it our home. … We would like to share with you some of that heritage: our delicious food, our intoxicating music and some of our magnificent sights.” 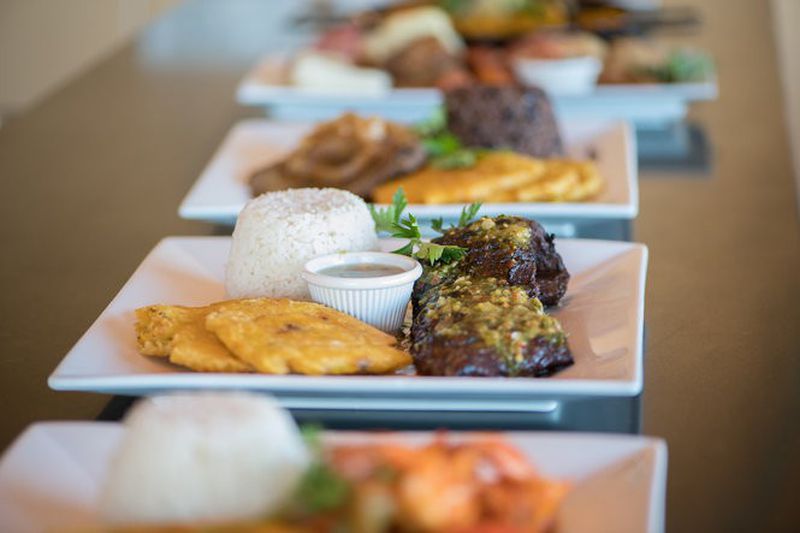 Hours and other tips

1958 opens at noon Tuesday through Sunday and is closed Monday. It’s BYOB, so don’t forget the B. Sunday brunch, salsa nights, poetry readings and other events are planned for the future. Reservations are recommended for Friday and Saturday nights. 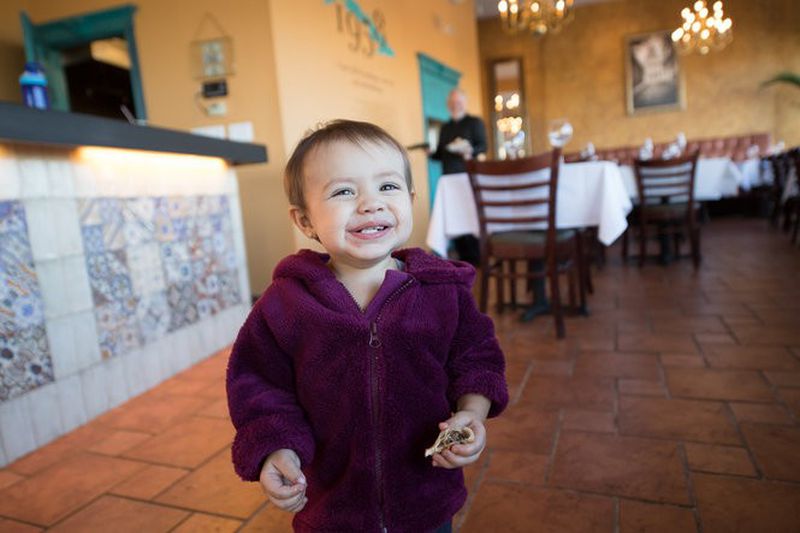 What’s the same about owning salons and restaurants?

“I think it’s just pleasing people,” Sofia Perez says. “All day at the salon, when I’m done with a client, I’m asking, ‘Are you happy? Are you happy?’”

Still, she fully envisioned they’d open the doors and the place would sit empty. Not quite.

“What do you think did the trick?” I ask.